“It was a blast having everyone together” said PSIA Alpine Team Coach Michael Rogan. “Some of the students really know how to race, and others were just learning how to ski race, which helped make the whole experience vibrant and fun.”

Most of them had not seen each other since Team Selection, and while they certainly enjoyed hitting gates with athletes from across the globe as they skied soft bumps and practiced freestyle maneuvers, they also enjoyed seeing each other and connecting as a team.

“Mt. Hood is such a great, strange beast in the middle of the summer, with everyone excited to squeeze in as many turns as they can,” said Michael. “But our group also took the opportunity to make plans for the upcoming season, and do things we rarely do together, like play golf and take some bike rides.” 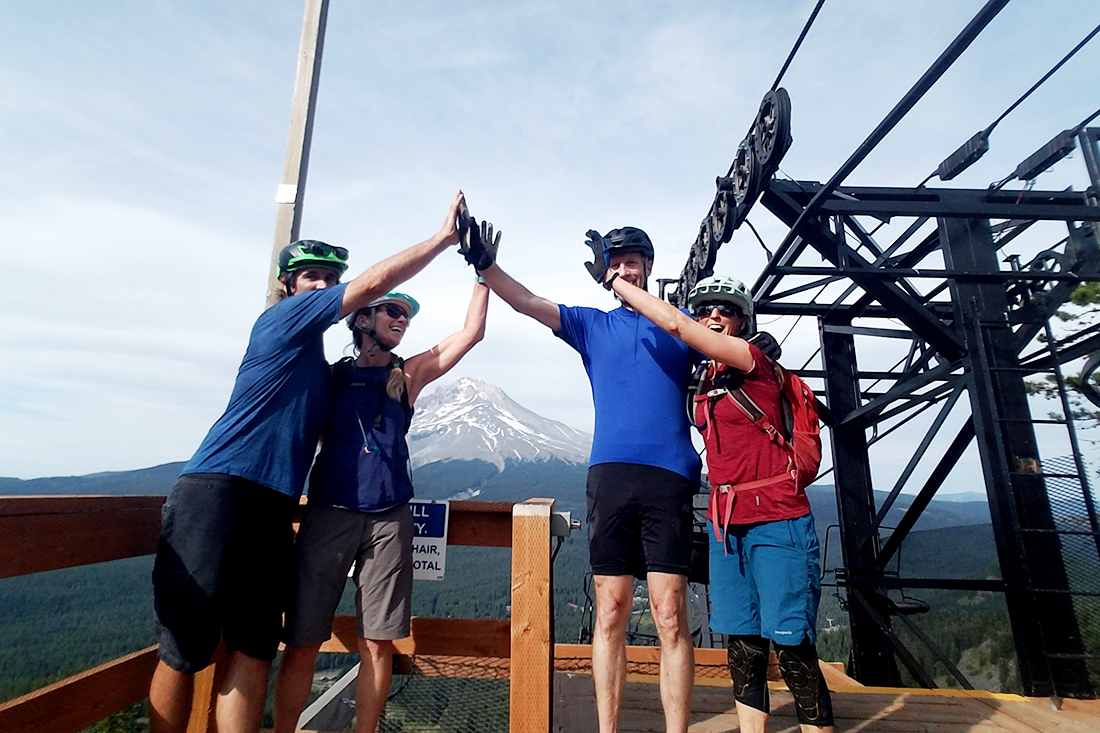 For Michael and Robin in particular, Dave’s invitation to help coach the camp was a welcome opportunity in light of the fact that COVID-19 restrictions kept them from returning to Portillo, Chile for a second straight season.

“Those two weeks back on snow were wonderful,” said Michael. “Specially to work with Dave, who is a celebrity at Mt. Hood.”

Dave said he relies on having national team members to help coach his race and instructor camps. “All of the time we’ve worked together as a team benefits everyone involved,” said Dave. “We spend three days working on each campers’ skiing, do evaluations, then each group works on what they need to work on.”

Stephen summarized the experience succinctly when he said, “Being back on the slopes in the summer is a great reminder of who you really are. For a couple months you kind of forget what it’s like to be immersed in skiing, then when you get back it gives you enough wind in your sails to get you to October and November, when you’re finally back on snow full time again.”