And Tools to Forge Greater Awareness in Personal Interactions

This article by Julie Matises originally appeared in the 32 Degrees spring 2021 issue.

I was honored to participate in the three-part “Diversity, Equity, and Inclusion” webinar series hosted in late 2020 by PSIAAASI. Christina Chang, a race and equity consultant, led a group of our organization’s key leaders through, at times, difficult conversations as we looked at our actions and beliefs through a multidimensional lens of diversity. The titles of each session in the series were enough to let me know this was not your ordinary snowsports clinic: “Cultural Awareness and Humility,” “Implicit Bias,” and “Microaggressions.”

Being a fourth-generation Japanese American female is the highest ranking of my core identity qualifiers. I was raised in Oakland, California, in a diverse community with seemingly broad exposure to different cultures and beliefs. I believed these factors gave me empathy and a “leg up” to speak on behalf of diversity, equity, and inclusion. Wrong! It was through Christina’s guidance and the conversations with others during the webinar series that helped me open my mindset and approach on these deeply rooted topics.

In setting the ground rules for our process, Christina invited us to use the acronym T.E.N.D. (adapted from the work of Glenn Singleton), which stands for: Truth (speak yours), Engage (listen, stay present), NonClosure (accept the process, don’t expect an end), and Discomfort (out of discomfort comes growth). The “rules” had slightly different definitions for each person, but we agreed to honor these as we navigated the different topics and discussions (which included whole-group conversations and small-group virtual break-out “rooms” for more focused interaction). The stage was set for a judgment-free, honest, and open platform to share our ideas and beliefs.

Christina opened the “Cultural Awareness and Humility” session on November 19 (and subsequent sessions) by honoring the fact that we live on Native Lands. By taking the time to recognize and dignify indigenous communities who have been here since time immemorial, she brought our group to a place of equality and neutrality, to where we could start the discussion.

Diversity. There’s more to it than having different people at your table. It is about having respect for and appreciation of differences. Equity. At its core, this is about recognizing that our society (or our snowsports organizations at a relatable level) is made up of many groups who have not always been given equal treatment or experienced a level playing field. Inclusion. This hinges on active, intentional, ongoing engagement to increase awareness and sense of belonging. At this point, feeling the group’s need and collective willingness to explore and improve these areas within our organization was uplifting. 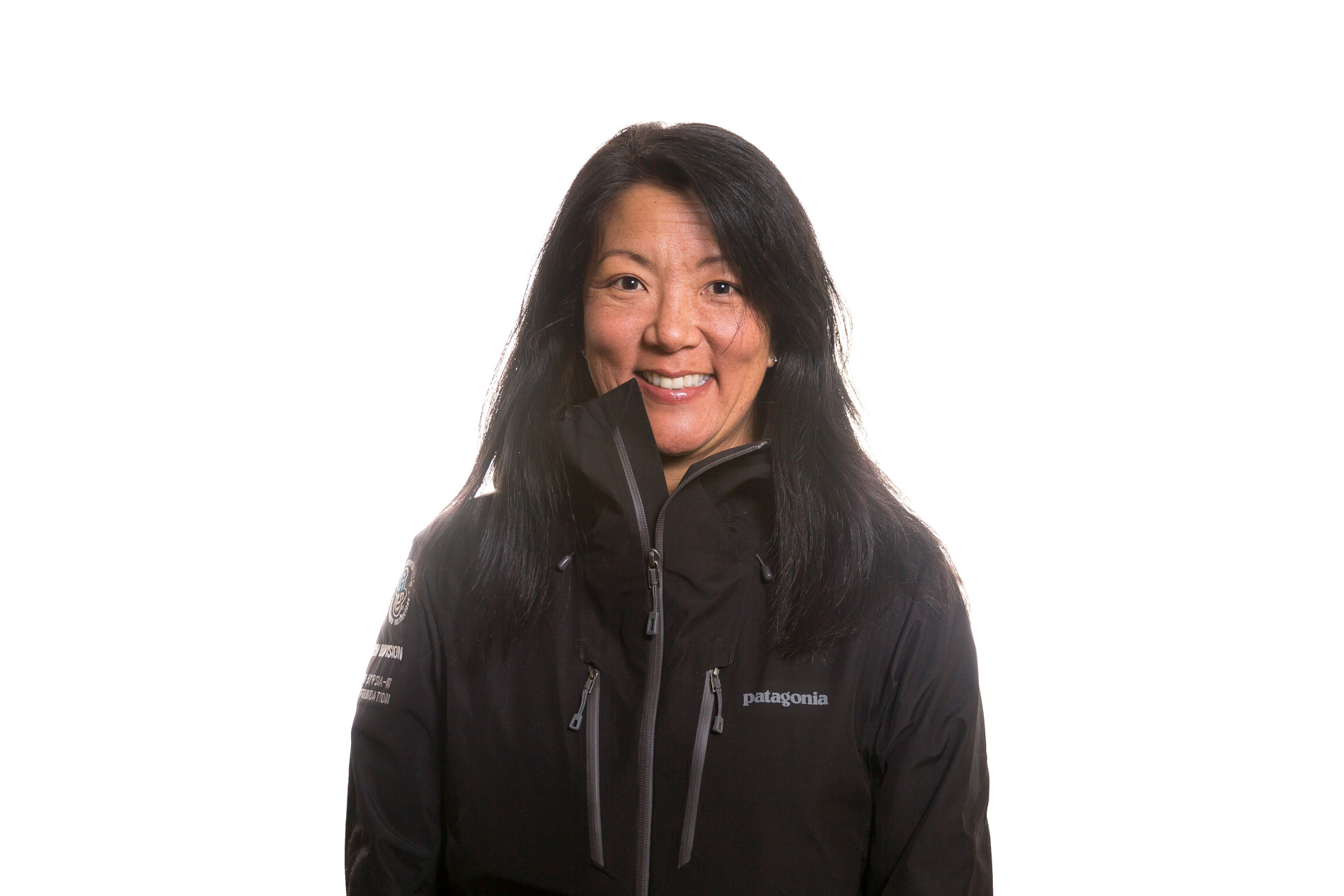 On December 3, we dove into “Implicit Bias” – armed from our first session with information and a cultural agreement to open ourselves up to a more diverse and inclusive approach. I learned that bias is a natural function of the human mind, and to think we are “unbiased” just cannot be true, nor does it make us a bad person. The session was filled with examples of unconscious bias as a natural function of the human brain, which help us simplify and sort the constant stream of input and stimulus in our everyday lives. The implicit bias we were tasked with identifying is what affects our behavior towards another person; things that, in a resort setting, might include race, perceived experience with snowsports and the mountain environment, and command of the English language.

Upon reflection, I discovered that what I believed to be an “unbiased,” “fair” upbringing in middle-class Oakland in the 1970s was actually a heavily affected bias formed by biology, socialization, unconscious bias, and conscious actions.

Growing up with a third-generation Japanese American mother and an immigrant Japanese father, it was natural to surround ourselves with friends, neighbors, and classmates of different races. My parents’ experiences as world travelers also brought the world closer, through the intimate medium of living-room slide shows and stories of their travels. Through association with and inclusion of others by my parents and extended family, I was brought up to believe the world was mostly fair, safe, and accepting. This is an example of implicit bias with a positive connotation.

Implicit bias can take a turn when it hints at a derogatory connotation. One example is when a driver locks their doors upon stopping next to a person asking for money at a traffic light. Another is when a white woman, upon seeing a black man approach her on the street, clutches her purse more tightly.

The simple act of increasing awareness of implicit bias can decrease one’s automatic or unconscious reactions. Taking time to slow down to be conscious of the person, environment, situation, and context can help create a more reliable and measured response that can open the doors of communication and relationships. Hey, that sounds like something I read in a snowsports manual…

Our last session, held December 17, was titled “Microaggressions,” and it prompted lively discussions about intent versus impact. We have all been witness to the form of microaggression known as microassaults, which are generally characterized as explicit, violent, and/or intentionally hurtful words or actions. There is no mistaking the assault. Indeed, I have been the recipient of these microassaults, as I felt the post-World War II prejudice against Japanese people well into my childhood years. How strange to use the word “micro” for something that delivers a “macro” impact.

Microinsults and microinvalidations are a bit more hidden, in that they are sometimes disguised as a backhanded compliment, can convey a hidden insult, or show blatant disregard for the other person’s reality; statements like, “You rip, for a girl!” or “I’m not being racist, I have an Asian girlfriend!” We have become numb to these microinsults, and yet we all play a role – whether we are the target, the agent of the assault, or the witness. Targets – and witnesses – have to make an immediate, personal assessment of their response. Sometimes they’ll determine it’s not worth the confrontation, or sometimes it’s too embarrassing, or just easier to let it slide. I cannot imagine the weight of more minoritized groups than mine having to deal with daily microinsults or microaggressions in a more outwardly aggressive community.

The bottom line, of course, is that we need to validate people for who they are as they stand before us. Prejudice is a habit, but habits can be broken, if we choose to do so, and if we are vigilant. 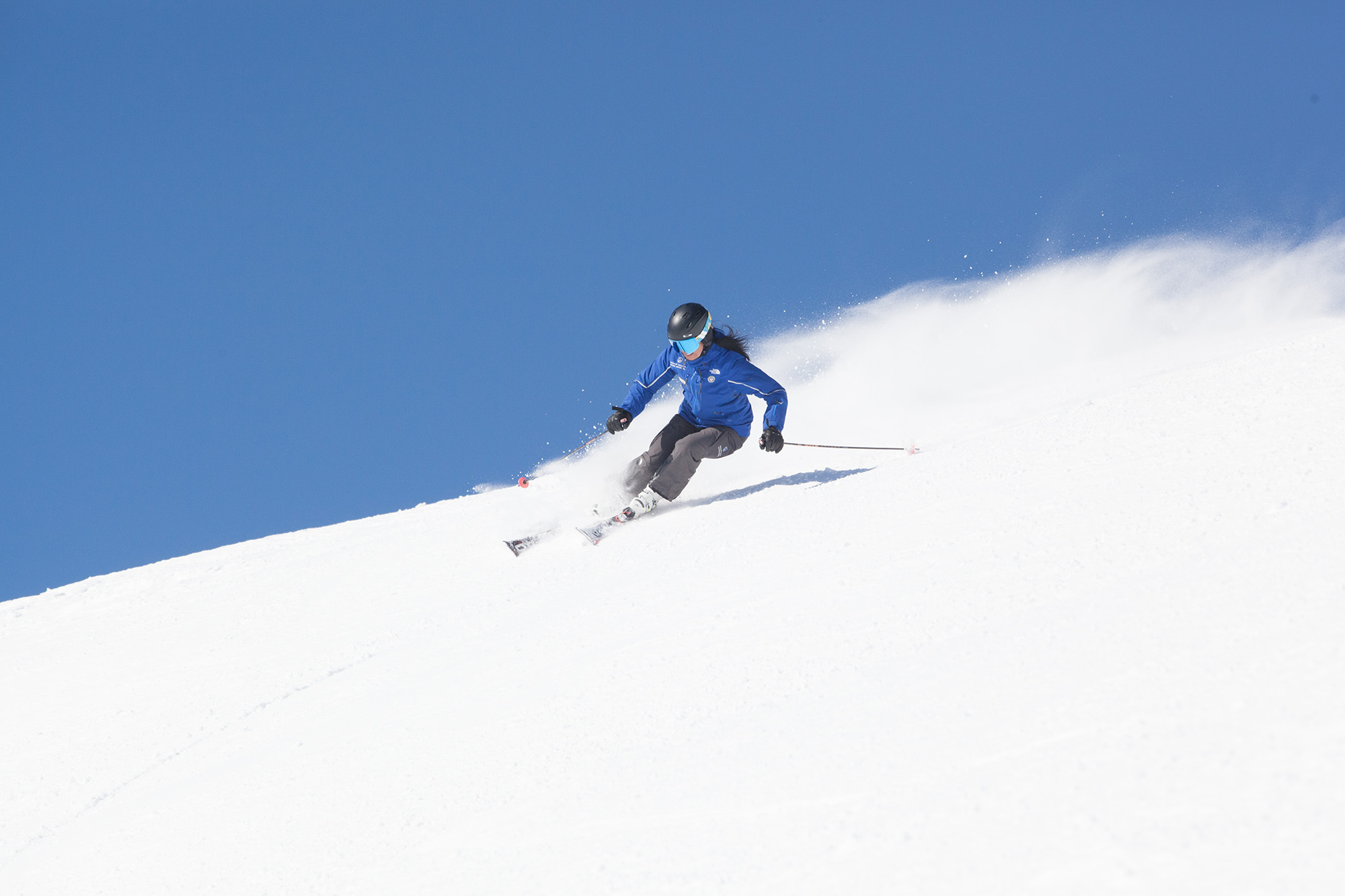 Learning to Speak My Truth

After gaining 8+ hours of amazing education from Christina Chang and my industry peers, I can say this: I am going to slow down. I have been asked, “Where are you really from?”, and when “Berkeley, California” is not a sufficient answer for the person, I’m going to pause. My usual reply is something with humor, to break the tension, but I also feel shame, and frustration. Next time, I’m going to assess the situation, person, and context of our conversation. I will, hopefully, still respond with humor, but also with an honoring of my truth.

Speaking my truth is difficult, as, growing up, I was taught to get along and not make waves. Speaking my truth can sometimes feel disrespectful or as unintentionally coming from a place of superiority. I would just hope that my responses can be more honest and open. When I am meeting with an instructor on my team or guest at my resort, I will try to hit “alt+shift+del” on any preconceived ideas or interactions and tackle each situation individually and uniquely to the individual and situation.

Christina’s message of slowing down resonated with me. In our days of high-speed everything, I will try to go back to “dial-up” speed to collect myself and respond with a new breath of air in my lungs and mind. It’s important to note that my experiences are uniquely mine and should not be used to blanket others’ experiences. This training has given me tools and actions to put to use to become more aware, sensitive, and responsive to situations around me. My go-to response will be to not look for a solution right away. I want to listen carefully to others and try to understand more fully the person and their perspectives, rather than jump ahead and “fix” the issue. There is a growth process in slowing down that can benefit all of our interactions.

Julie Matises is an adult-school supervisor and training coordinator at California’s Squaw Valley Alpine Meadows. An examiner in PSIA-AASI’s Western Division, she is chairperson of the Western Member School Committee and serves on the division’s Alpine Task Force. She is also a member of the National Snowsports Manager Task Force.

EDITOR’S NOTE: It’s worth mentioning that Squaw Valley Alpine Meadows announced in August 2020 that “after extensive research into the etymology and history of the term “squaw,” both generally and specifically with respect to Squaw Valley, outreach to Native American groups, including the local Washoe Tribe, and outreach to the local and extended community, company leadership has decided it is time to drop the derogatory and offensive term ‘squaw’ from the destination’s name.” A renaming project team headed by resort leadership is overseeing selection of the new name. Learn more.